Thursday saw us celebrate the Feast Day of Blessed William Howard. The theme of our day was Vocation, giving everyone an opportunity to reflect on their calling from God. The day was shaped around the theme of Unfolding God's plan through Evangelisation, Liturgy and Worship, Formation and Social Outreach

Mass was led by students from all year groups and students had an opportunity to develop the prayer areas in their form groups. Enthusiasm and competition was strong and students are looking forward to the judging after half term.

The Sixth Form leadership group and volunteers also worked incredibly hard, creating a Fayre for all students to enjoy - thank you! 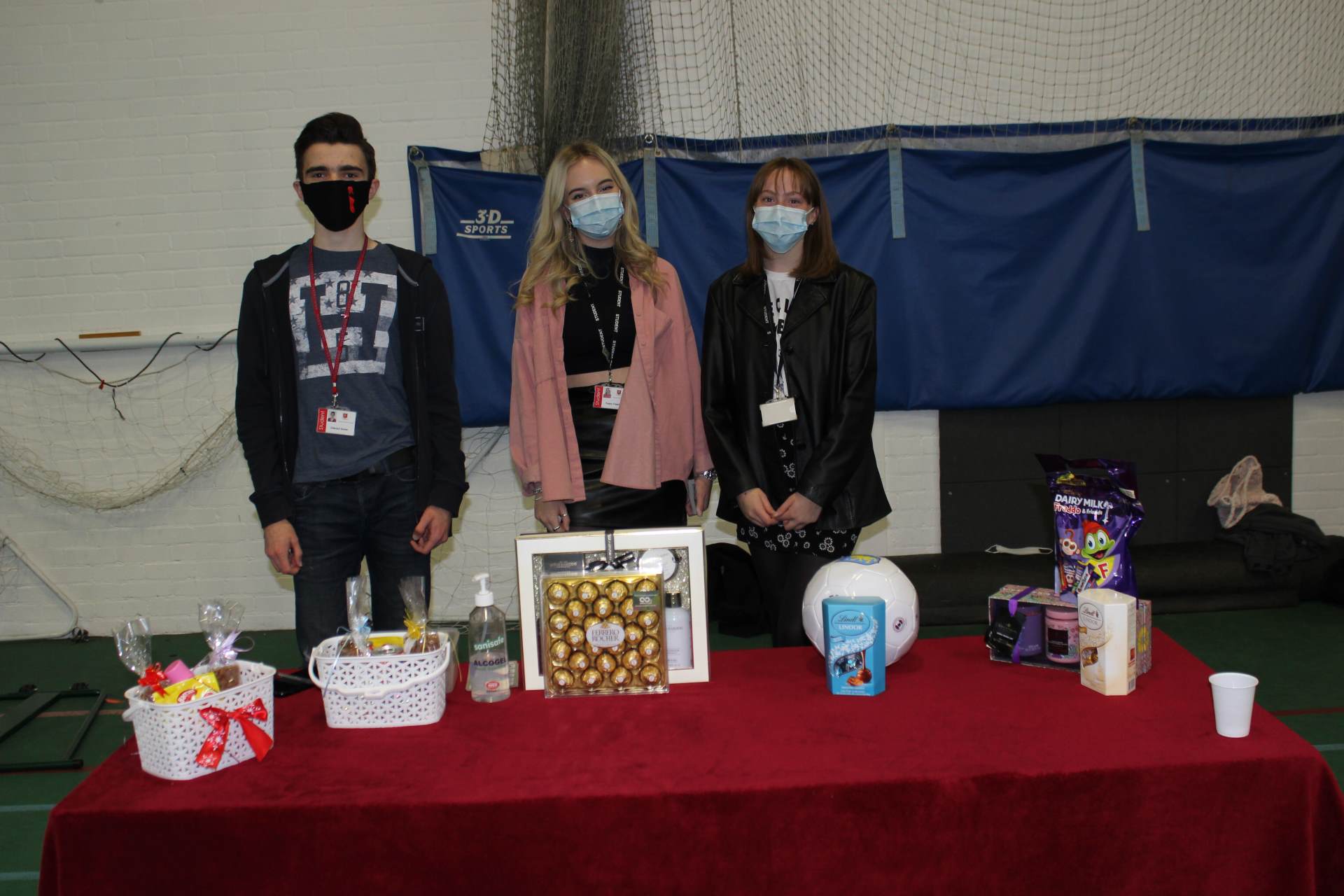 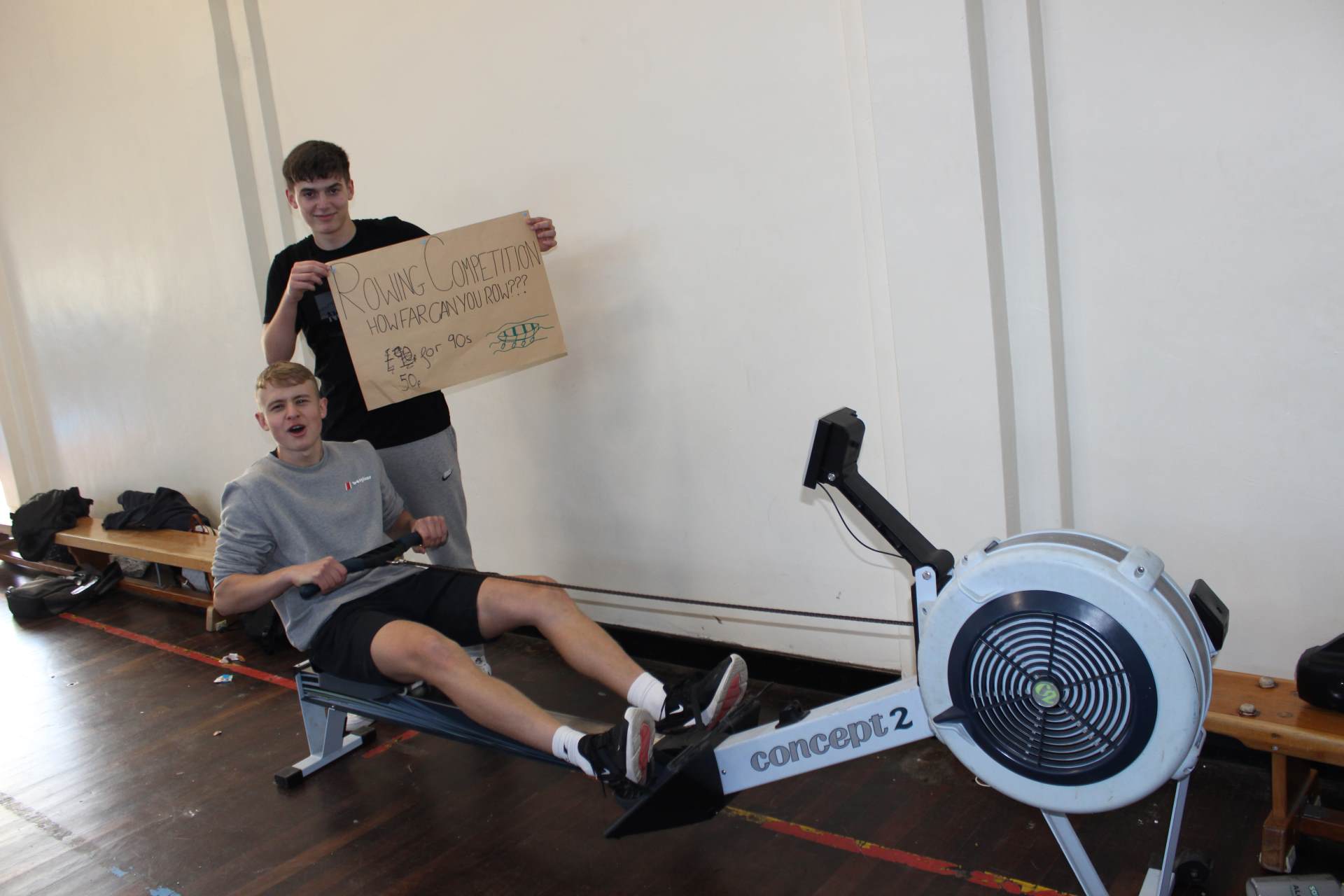 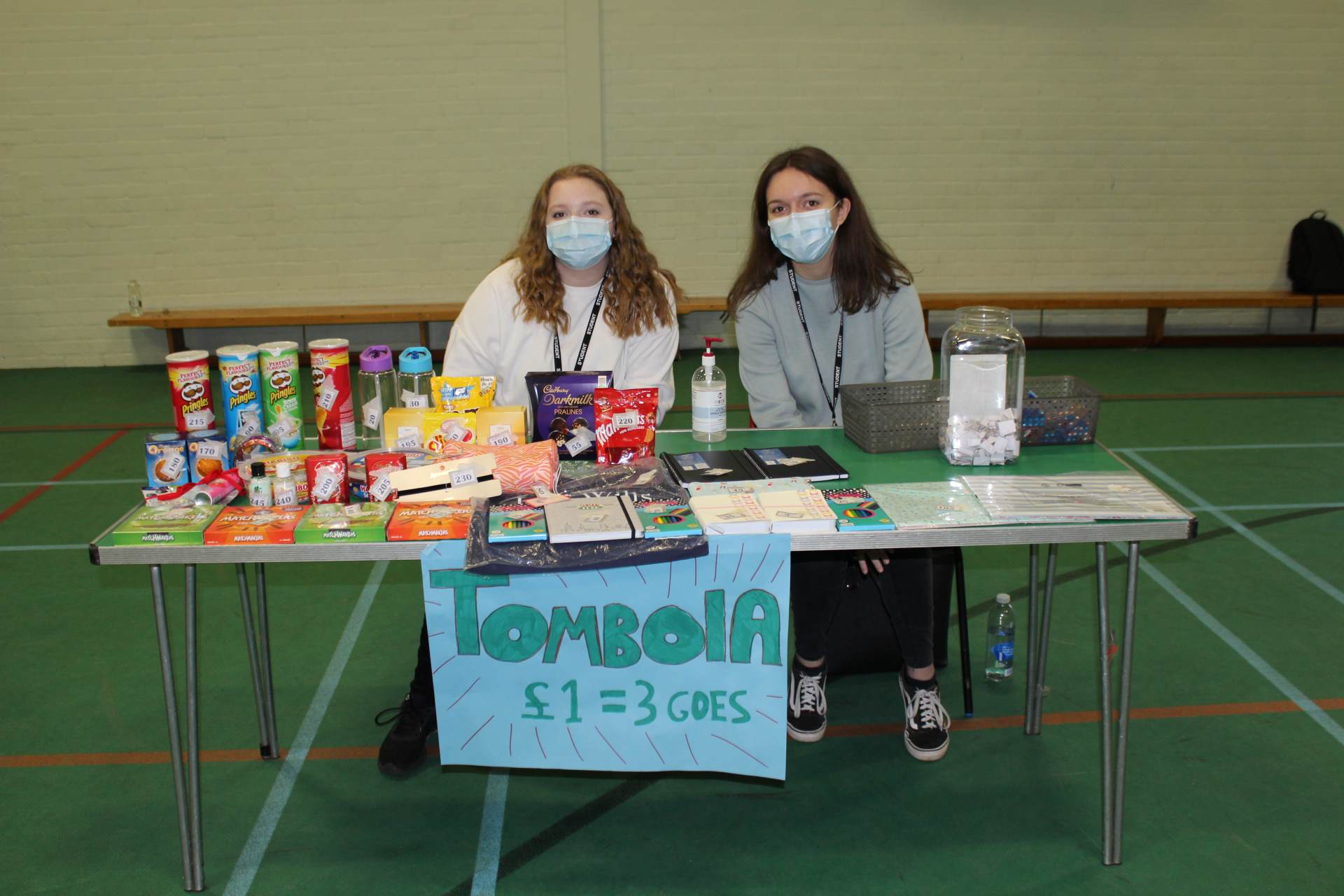 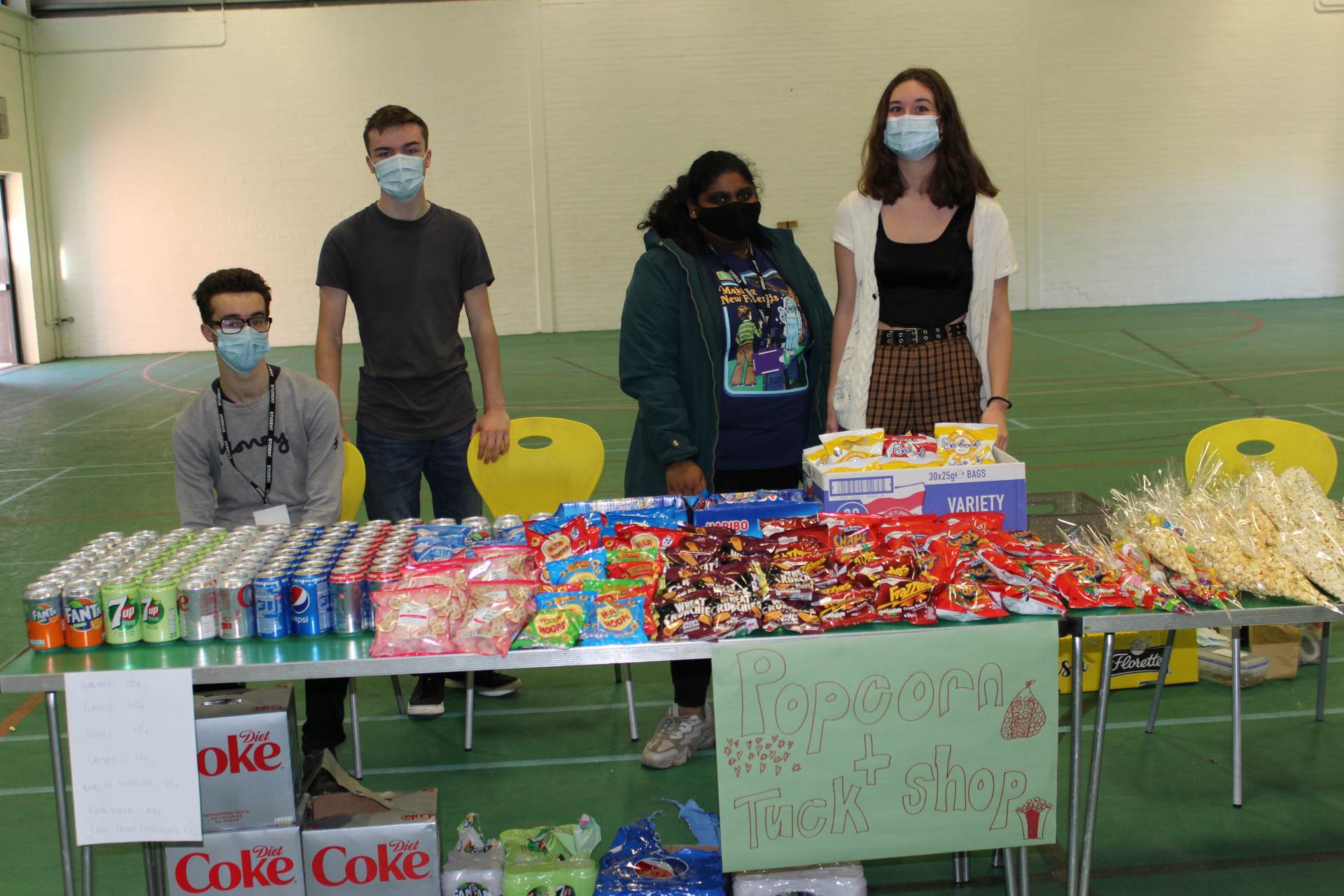 Everyone at Blessed William Howard extends their thanks to Margaret and Barry Mizen and Matt Hampson who joined us virtually to talk about their experiences. Their message of forgiveness and social outreach has really inspired our community. We have fundraised around £2000 for these charities which you can read more about here. Well done everyone!

Evangelisation - Spreading the Good News of the Gospel

The Church is encouraging us to be missionary disciples – this means to show other people what it means to be a follower of Jesus.  Students listened to the story of Barry and Margaret Mizen, as part of the Evangelisation theme.

16-year-old Jimmy Mizen was murdered in May 2008 when he and his older brother went into a bakery near their home in Lee, South East London. While inside, Jake – who had been cautioned by police several years earlier for harassing Jimmy’s older sibling – brushed past the brothers. A scuffle followed resulting in Jake hurling a glass dish at Jimmy and fatally wounding him. Jimmy’s parents, Barry and Margaret Mizen, hit national headlines when, immediately after the attack, they spoke of compassion rather than revenge. In March 2009 Jake received a life sentence for murder.

“I’m not shouting from the roof top “I forgive” but, by not wanting revenge I have an inner peace that a lot of people in our position don’t seem to have. Jimmy’s murder has done a lot of damage to this family and I can’t let it do any more.Our role now is to reach young people before they end up in prison. I believe it is possible for anyone to change and that includes the person who killed our Jimmy.” Margaret Mizen

Social Outreach is building the common good through charitable outreach - offering time, resources and love to those who need them most - inviting others to join us in our charitable work.

Students also heard the story of Matt Hampson, the rugby player who was paralyzed.  Since his accident in 2005 during an England under 21 rugby training session, Matt has battled hard to live as normal a life as possible. Paralysed from the neck down and breathing via the aid of a ventilator, Matt didn’t lament what he’d lost, but instead decided to focus on the things he could still do and get busy living. Matt established the Foundation in 2011 to help others like him who have suffered similar catastrophic injuries through sport to receive the support they need to rebuild their lives.

As part of the Formation aspect, we asked students to reflect on how to help lead our Catholic worship and help to understand more about our faith so as to deepen our personal relationship with God.

The students have a prayer shelf and a prayer display in their form room and were asked to develop these to be unique and personal to their form.

The form in each year with the most people contributing, the most thoughtful and the most creative display will win pizza in the first week back after half term. 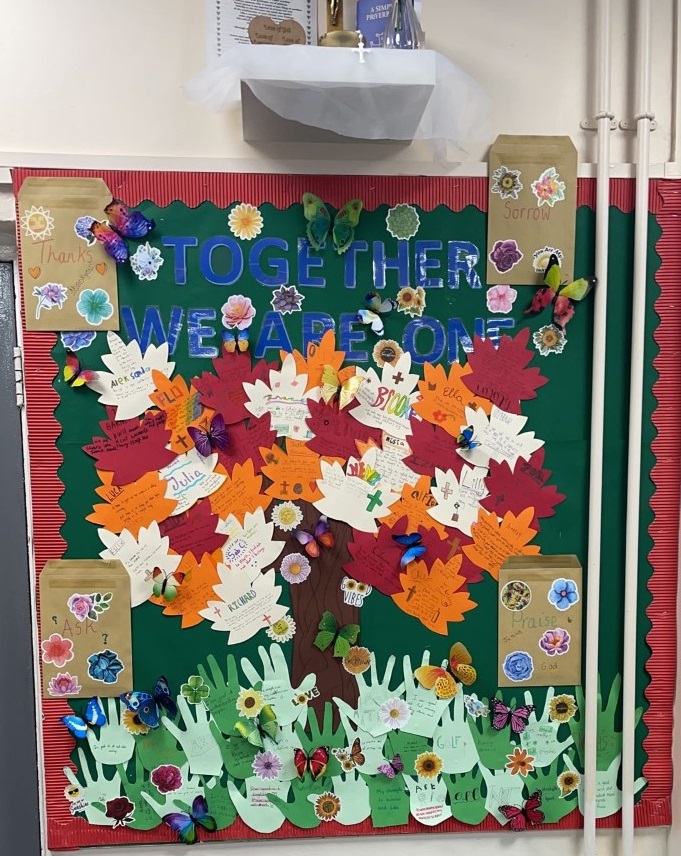 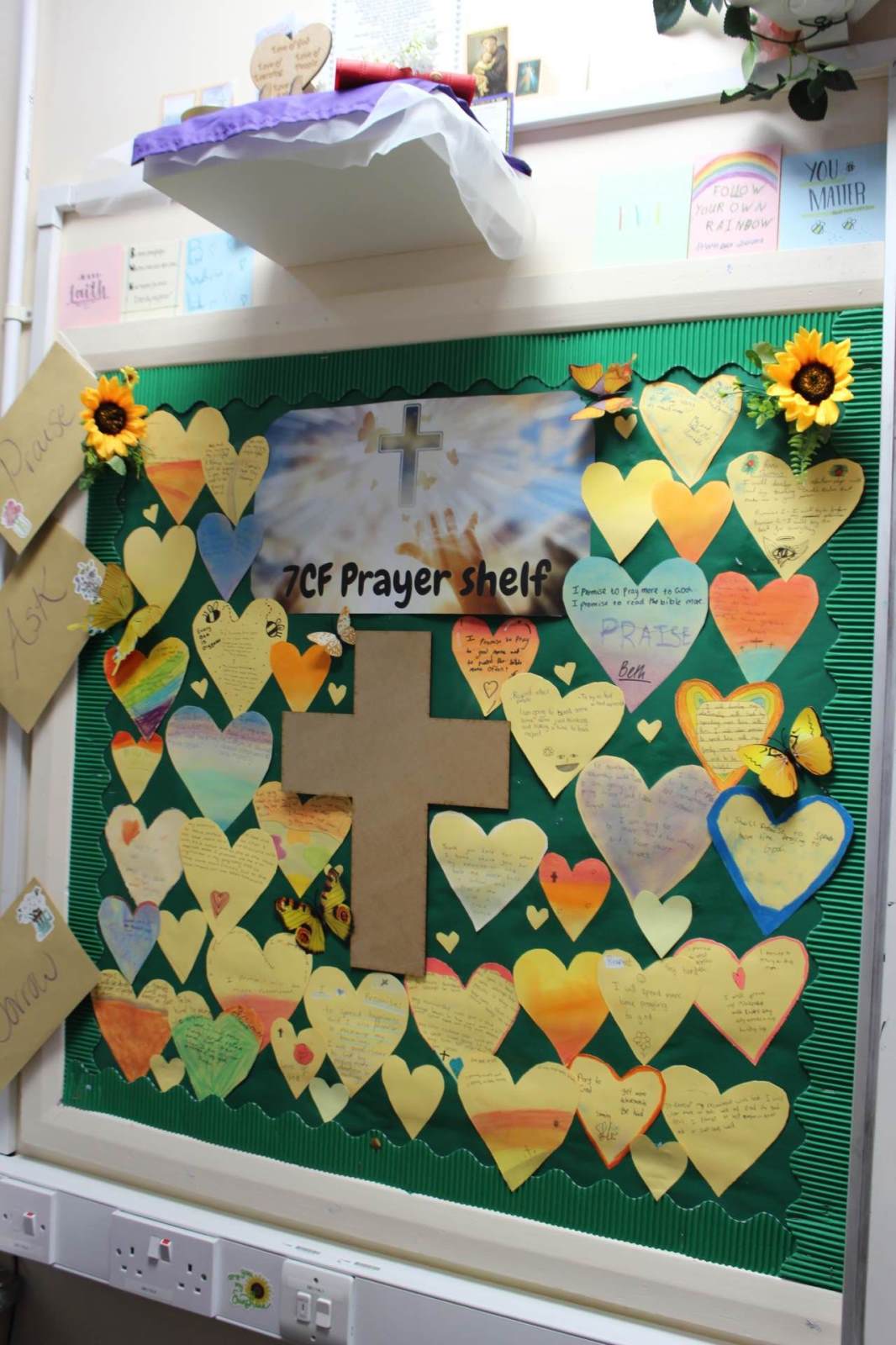 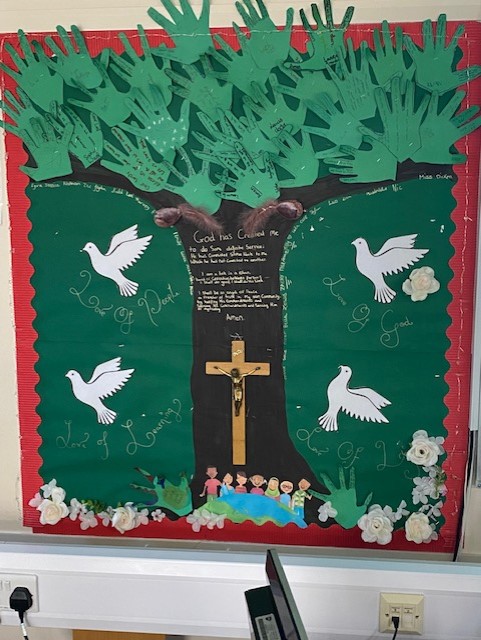 As well as activities based around these four concepts – the students enjoyed taking part in fun and games in the sports hall and in the gym, including rowing competitions, football shoot outs, a raffle, sweet treats, guess the name of the bear and how many sweets are in the jar.

A fantastic day, enjoyed by all.