St Anne’s, St Austin’s, St Patrick’s, Blessed Mother Teresa’s, St Dominic’s (Stone) St Mary’s (Brewood) and St John’s (Great Haywood) each put forward a netball team and a football team for the tournaments. The teams then played against each other, a total of 6 games.

St Austin’s football team were overall winners beating all other schools and conceding only one goal and St Anne’s came in second place winning five of their six games.

The winners of the netball tournament were St.Mary’s who also won all five of their games and runners up were Blessed Mother Teresa’s who won four games.

In total over a hundred children took part in the event and were supported by friends and family. Nine Blessed William Howard sports leaders ran the tournaments by refereeing the football, keeping a tally of the games and helping to umpire the netball.

“The evening was a great success yet again, and I was very pleased with the behaviour of all who attended, both on and off the pitch.” commented Mr Smith, Headteacher at Blessed William Howard Catholic High School. “Thanks to the leaders, Gerri Franklin, Kate Faulconbridge, Keith Richards, Matt Aston and Jen Cruickshank who helped to make sure the event was a success.Also thanks to St Austin’s Parent Teacher Association who provided the much needed refreshments.”

All children who took part went home with a certificate to mark their contribution. 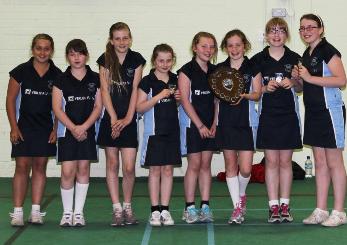 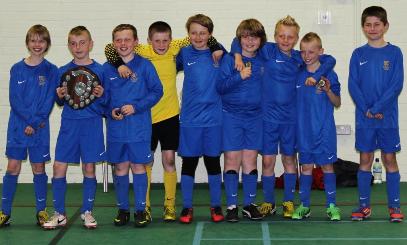