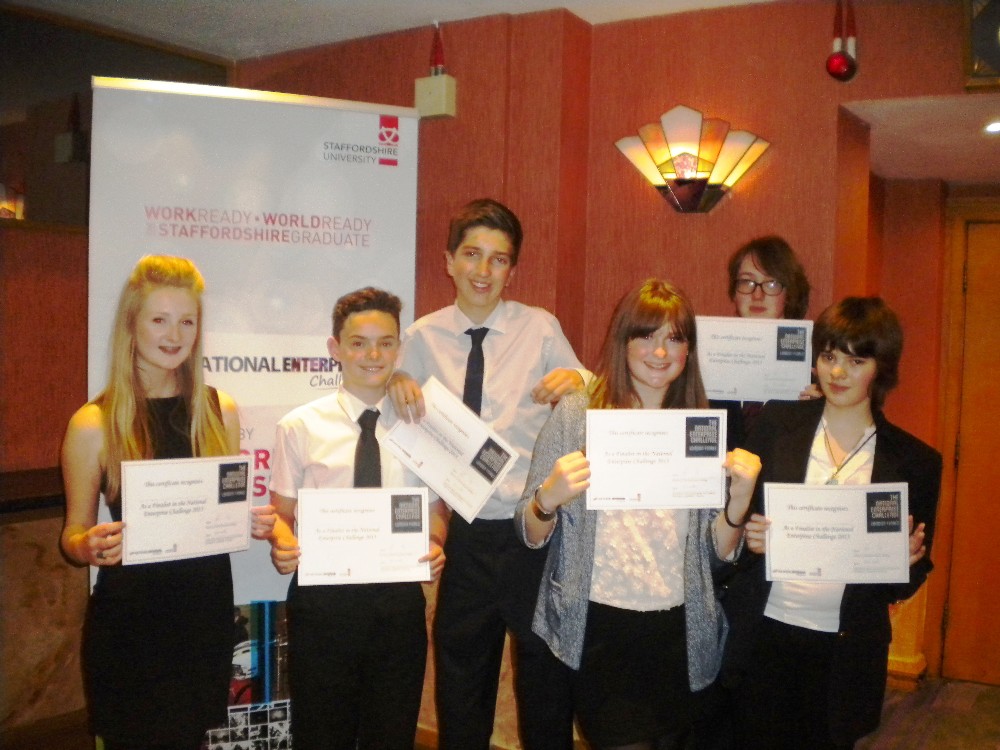 Blessed William Howard  students were the very first to take part in the new National Enterprise Challenge back in March which has since been rolled out to over 80 schools nationwide.

The challenge was based around a Dragons’ Den type format.   Each team had to present their idea in a professional business pitch including product, marketing and pricing strategies, as well as fielding questions from a panel of judges.   From this, the winning teams were selected for the finals.

Following a red carpet reception, the Blessed William Howard team was the very first to pitch its business to specially chosen guest judges from the business community.   The students’ idea, ‘Brit Fest’, a smart phone / android app for use at music festivals, was extremely well received by the panel.

The students met CBBC TV presenter Iain Stirling, attended motivational talks from speakers David Hyner and Ben McBean and took part in a question and answer session with Lord Sugar.   They then took their seats for the awards night and received a sit-down three-course dinner.

“Although the team didn’t win, we are very proud of their achievement.  The business pitch was very professional and the students really held their own.   It was a valuable experience – inspiring and motivating for all.  I’m delighted with our students who were a real credit to themselves and the school.” said Mr P Nolan, Economics teacher at Blessed William Howard Catholic High School.